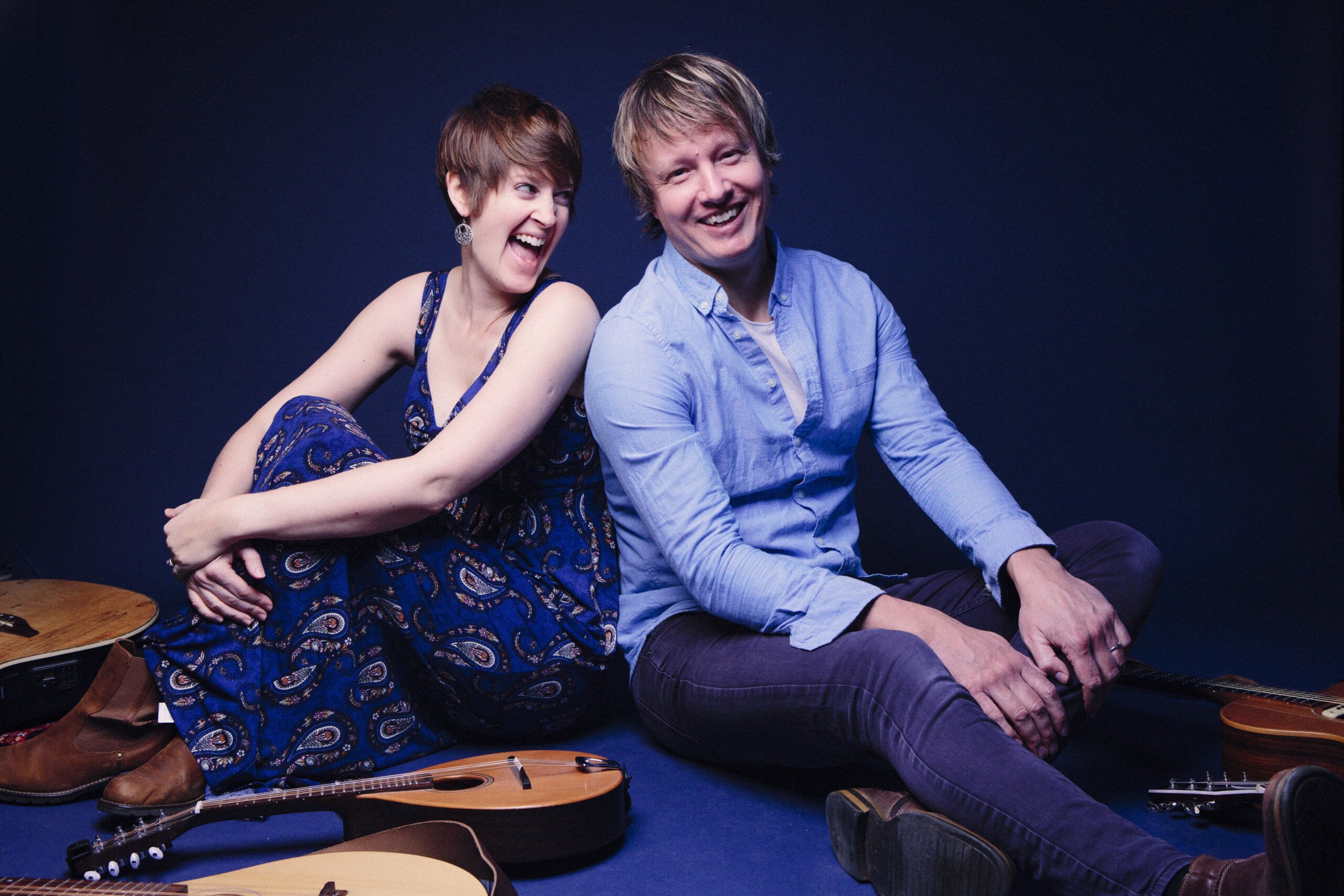 With a diverse range of sounds and textures and rhythms that flow from the fast and furious to gentle ballads, their live performances are spirited and dynamic. Conjuring stories in song, they tell tales of Suffolk folklore, courage, passion and heartbreak. The multi-instrumentalist pair, comprised of songwriters Jon Hart (guitar, bass, bazouki) and Lucy Hart (guitar, ukulele, bass, banjo, mandolin & percussion), have been writing and performing together since early 2014, having met at a songwriting event two years previous. Since then, they have played at many revered venues and festivals, toured extensively across the UK as support for Sam Kelly & The Lost Boys, and travelled across the channel for their first European tour. 2019 saw the release of their first full studio album ‘Made In The Aker’.

Spring 2021 sees the launch of their second studio album, ‘Journey Through The Roke’ which is already receiving critical acclaim.

“This album is one of the clearest recordings I’ve heard in a decade, holding its head above the roke and into the sunlight on every track.” Seán Laffey, Irish Music Magazine

“Lucy and Jon’s vocals are gentle, rich and mellifluous throughout… This is an accomplished album from a masterly duo.” Nygel Packett, Folk London Magazine

“The vocals of Lucy are as beautiful as ever….and she is now one of this country’s best folk singers” Stephen Foster, Radio Caroline & EADT

This carefully crafted second album leaves no doubt that the Honey and The Bear sound is a classy one, adroit and atmospheric. When the ‘roke’ lifts it’s clear to see this is a partnership brimming with talent and full of eastern promise.

Journey Through the Roke will be released on April 23, available in CD and DL format from their own website and via iTunes, Amazon and other online stores