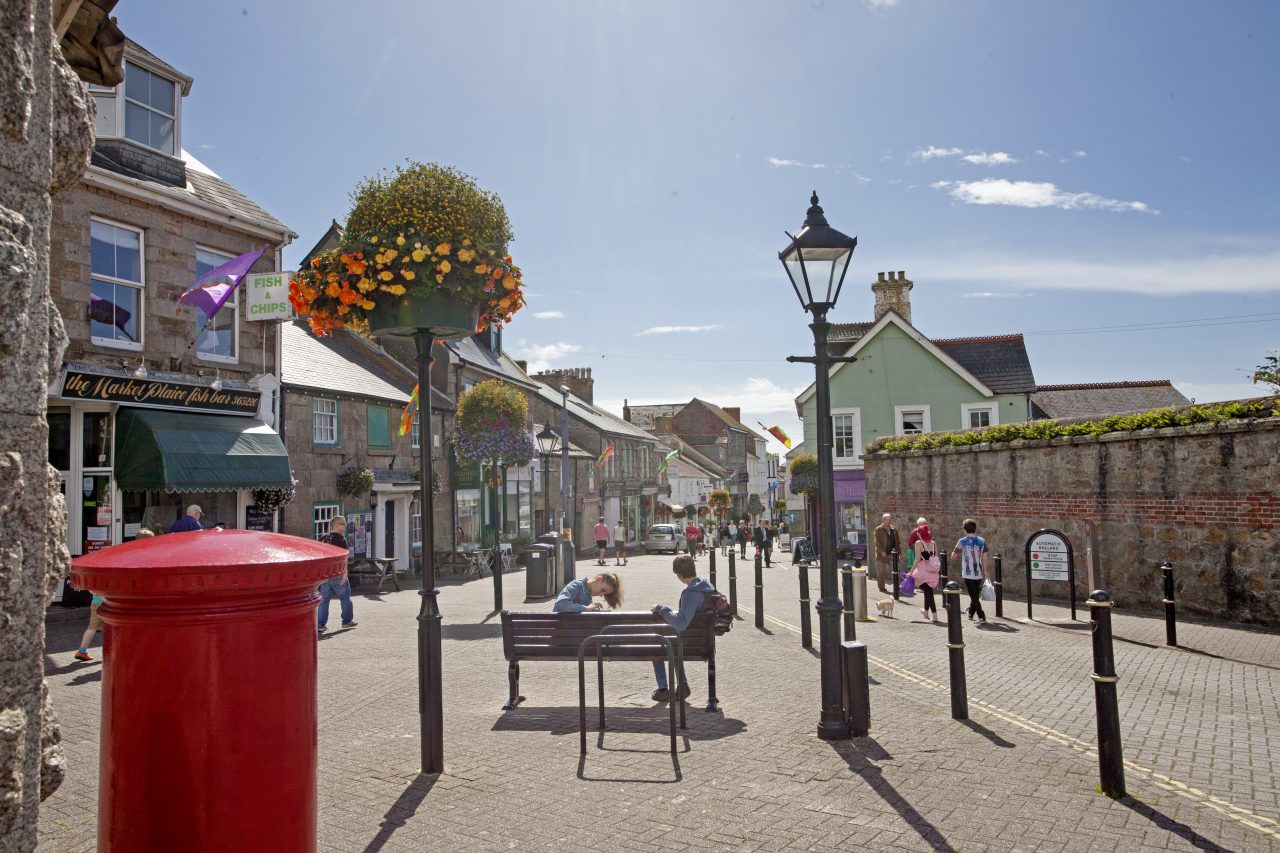 This means that, starting tomorrow, the traffic restrictions for Market Jew Street will be in place between 11 am and 4pm from Monday to Sunday.  As well as creating a pedestrian and cycling zone in the street between these hours, there will also be no waiting or loading on Market Jew Street during this period.

Full details of the scheme, including maps and drawings, are available on the Healthy Streets section on the Love Penzance website : https://lovepenzance.co.uk/pz-healthy-streets/

Bus access is being retained in both directions, although the uphill bus stop has been moved to outside Domino’s Pizza. The footway is very narrow outside Boots and the location of the previous bus stop led to people bunching up in close proximity which is not ideal in the current situation.

Moving the bus stop provides greater space for people to wait for the bus and to pass along Market Jew Street given the current safe social distancing guidelines. The new site also has benches nearby,  assisting those people who need to sit whilst waiting for a bus.

The proposal to move the existing bus stop as part of the trial received unanimous support from the working group when it was discussed.  If the trial proves positive a bus shelter will be provided adjacent to the new bus stop.

As the scheme involves significant changes to the traffic layout in the town, drivers are being asked to drive with care and to follow all the signs. Cyclists and pedestrians also need to be careful when walking and cycling in the town centre as everyone gets used to the new arrangements.

This is a very important and a very exciting moment for Penzance. Whilst ours is not the first pedestrianisation scheme in Cornwall, it is certainly the first to be introduced under the “Healthy Streets” banner, bringing together a range of measures to reduce through traffic and create new pedestrian areas in the town centre , develop new accessible routes and promote walking and cycling.

Healthy Streets is all about prioritising people over cars. Part of a bold new vision to make Penzance a thriving place for the future, our Healthy Streets PZ scheme is designed to build on the pedestrianisation and ‘low speed’ ideas which have been adopted elsewhere in Cornwall.   By removing unnecessary through traffic circulating around town centre, providing enhanced walking and cycling facilities and encouraging people to use the coastal route we can help people to reconnect with the sea, a key aim of the Neighbourhood Plan.

You can find out more about the Healthy Streets concept here https://healthystreets.com/

As the Market Jew Street changes are part of a wider scheme which will be delivered over the next 12 months, all the partners – Cornwall Council, Penzance Council, Penzance BID and Sustainable Penzance – will be looking closely at how it is working during these first few days and weeks to make sure it is meeting the needs of all parts of our community. As it is being carried out under an Experimental Traffic Regulation Order (ETRO) process, any parts which are not working as expected can be modified at any time during the trial.

You can also ask questions and provide your feedback on the scheme via the contact form on the Love Penzance website.

Further work is also continuing on developing the second and third phases of the scheme -Western promenade access restrictions and the introduction of a 20mph town centre zone including Alexandra Road.  As the two schemes are complimentary, they will now be introduced as a single phase in October rather than in two separate phases.  Further details will be provided as the schemes are developed.