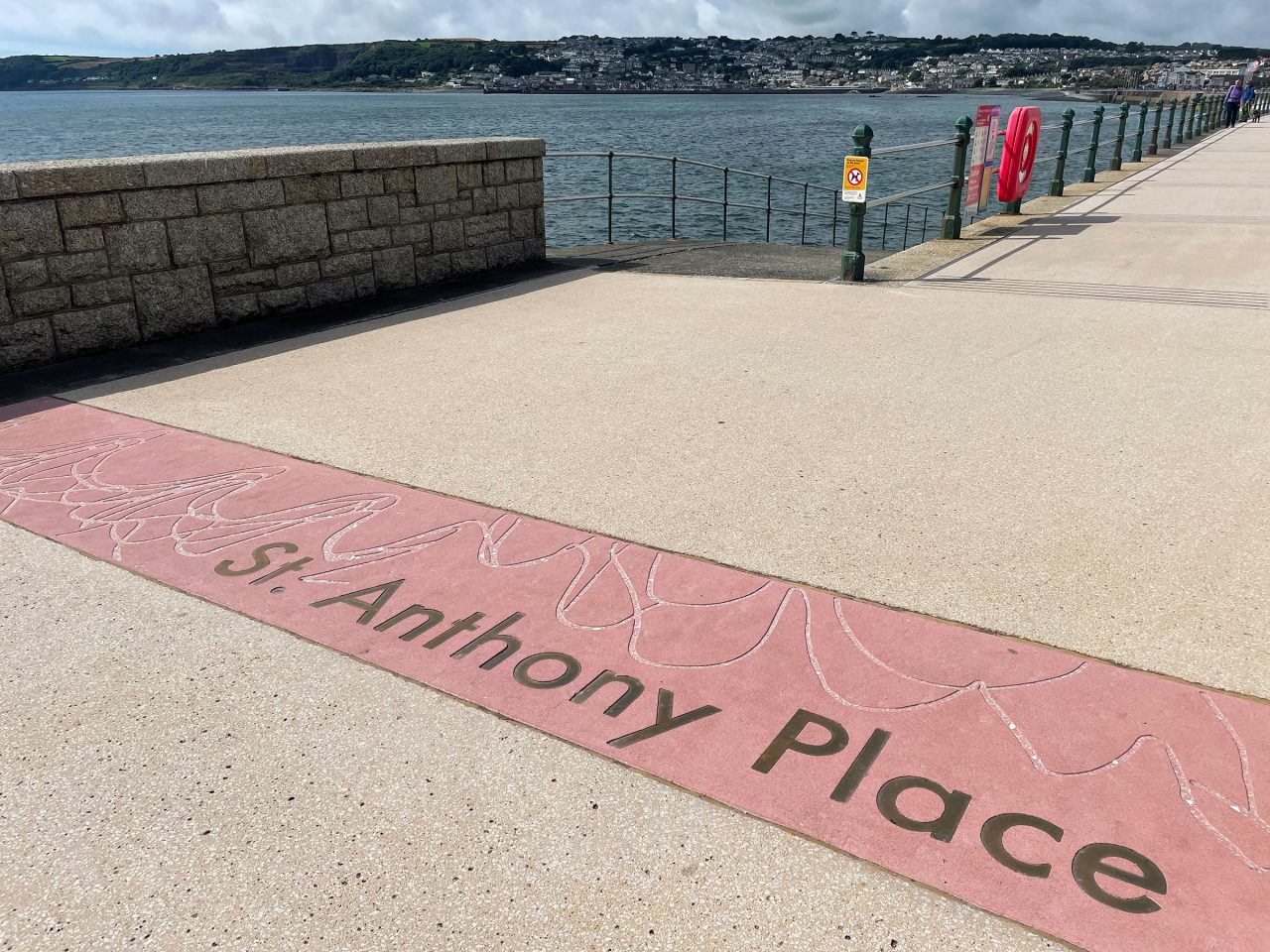 On Sunday 5th September 2021, Cornwall will host the Tour of Britain, with cyclists travelling 180 kilometres through the Cornish countryside, starting in Penzance and ending in Bodmin.

The Tour of Britain is the UK’s leading professional multi-Stage cycling race.  The event attracts some of the world’s best cyclists, which have previously included Mark Cavendish and Sir Bradley Wiggins, and will be televised on ITV4 and Eurosport, BBC Radio 5Live and local radio.

Who will be taking part in the race?

When will the race begin?

The event will begin at 11am on 5th September from Penzance Promenade and is expected to end in Bodmin at approximately 3.30pm.

Who is organising the event?

The event is being organised by SweetSpot, a sports events and marketing company, supported by Cornwall Council and a wide range of public and private sector partners, including Penzance Council and Penzance BID.

What is the route?

How was the route decided?

The route has been carefully selected to pass through some of the most scenic landscape (coastal and mining) in Cornwall and many town centres, giving as many local residents as possible the opportunity to watch the riders go by.  The route is in close proximity to 40% of the entire population of Cornwall.

The traffic management plan has been designed to minimise disruption to residents and other traffic, particularly public and commercial transport, by avoiding any trunk roads such as the A30 and Cornwall’s other main arteries.  Most of the course will experience a quick and efficient ‘rolling road closure’ which means only a temporary halt to traffic.

Will there be road closures in Penzance for the events?

Yes. Cornwall Council has worked with SweetSpot, (the event organisers) and other partners to organise a traffic management plan to keep the town moving and race spectators and competitors safe.

This includes road closures both prior to and on the day of the race, and a series of rolling road closure following the tour racers as they progress through the town.

Are there any areas where there is No parking and no stopping?

What is a rolling road closure?

A rolling road closure is when a road is closed temporarily while an event or activity take place in a specific location.

On each stage of the Tour of Britain, rolling road closures are put in place between 15 – 40 minutes ahead of the race passing through, minimising any dangers to professional athletes and communities along the route.

This means the majority of traffic could be held for up to 40 minutes at any point as the race and support convoy travels through the area. The length of closure of the rolling road block depends upon how spread the riders are. Typically, the lead motorcycle instigating the closure is 15 minutes ahead of the lead rider. The closure then remains in place until all riders and race cars have passed through.

Rolling closures of junctions along the route are carried out by Police Central Escort Group and the National Escort Group (NEG) motorbikes that will work to safely hold traffic and restart traffic before and after the race moves through areas of a town, city or village.

Where is the best place to view the event?

Spectators are being encouraged to use existing off-highway cycle routes, especially at the busy start and finish locations of Penzance (from Marazion) and Bodmin (using the Camel trail)to watch the race.

Generally, there will not be any barriers along the route, enabling members of the public to get a good view of the race. However, in areas identified as presenting greater risks to safety of riders and spectators, which includes some of the town centres, some barriers will be present.

The route goes through a number of town centres which can be accessed using public transport.

Can I still access my home and / or business during the event?

Yes. There will be pedestrian access to homes and businesses at all times. However vehicle access will be restricted on some roads over the 3r,4th and 5th September.

Can I still park if I live near where the race passes?

While the organisers are doing everything possible to minimise disruption and inconvenience to local residents, if your house is located within the closure area and there is a no parking zone you will not be able to park outside your house. All closures will have Marshalls when in place. Access only to; Alexandra Place, Menaye Road, Redinnick Place, Rosevale and Alexandra Road will be granted by the stewards except on race day.

There will be no vehicular access granted to road closure on 4th and 5th September from 08:00hrs – 18:00hrs.

Alternative parking is being provided

What happens if I park in no parking or stopping zone?

If you park within a no parking or stopping zone and do not remove your car before the zone is put in place your vehicle will be towed away and there will be a charge/fine for its release.

How will the restrictions be enforced?

The signage and traffic regulation orders proposed should make the access restrictions reasonably self-enforcing. However, Cornwall Council and the Police will be monitoring traffic at the restrictions to ensure that the restrictions are being adhered to, if they are not drivers will be liable for prosecution.

What about public parking?

Penzance has a number of car parks, the closest to the tour start is Harbour Car Park, Wharf Road.

Wherry Town car park will be used for parking for racers taking part in the tour and will not be available for general parking on the 4th or 5th September.

In areas where public parking is allowed, car parking spaces will be available on a first come, first served basis. People are therefore advised to arrive at their chosen location early or using public transport where available.

Where current traffic and parking arrangements could become a risk to the safety of spectators and riders, on-street parking restrictions will be put in place. These will be enforced, including the towing away of vehicles.

This means that spectators may be asked to move their car if they use on-street parking near where the race passes. This is part of a sequence of no stopping areas or ‘clearways’.

Alternative parking is being arranged for these areas of the town

Are there any other events and activities are taking place in Penzance over the weekend?

The town has organised an exciting ‘festival of sport’ over the whole weekend to encourage as many people as possible to get involved with the event. This includes a range of both organised and casual activities, culminating with the ‘Grand Depart’ on the morning of Sunday 5th September.

Activities will include cycle races for all ages and abilities throughout the day from 9am to last race at 4:30pm and a fancy dress Fun Run at 2pm.

There will also be local food and drinks stalls , an Artisan Craft Market and cycling and other information stalls showcasing how to look after your bike and other activities

The evening will end with Golowan Fireworks at Penzance Harbour at 9pm.

The Tour of Britain Grand Depart and Event Village will be held at Western Prom Avenue between 9am and 5pm.

The cycle tour will arrive between 9am and 11am, with the Tour of Britain Grand Depart taking place at 11 am.

Other activities will include BMX and Skate displays and workshops between 11.30 and 4pm, local food and drink stalls, an Artisan Craft Market and cycling and other information stalls showcasing how to look after your bike and other activities.

There will also be a a giant TV screen on the Prom between 11.30 and 4.30 to enable people to watch the race go through Cornwall.

Are there any events residents and spectators can take part in?

Yes. There are lots of local cycle races and a Fun Run as part of the Criterium on Saturday 4th September and bike and skate workshops on Sunday 5th September, or you can just cheer the race as it goes by. For more information go to the website or email tob@penzancebid.co.uk

How should people travel to Penzance if they want to watch the start of the race?

It is likely that lots of people will be coming to Penzance to watch or take part in the events for the Tour of Britain weekend so people are being asked to try to use public transport, walk or cycle to the town where possible.

Walk : Penzance is on the southwest coastpath, with walks in and through the town, if you are located close to the town please use these to get to the events if at all possible.

Cycle : As the weekend is celebrating cycling, people are being encouraged to bring their bike along and make use of the new shelters across the town or maybe take part in the demonstrations on how to maintain their bike.

Bus ::There are two bus companies with regular services to Penzance from the Lands’ End peninsula and across Cornwall, information on journey times can be found on their websites : gocornwallbus.co.uk / www.firstbus.co.uk

Train : Direct trains to Penzance run from a number of cities including London, Bristol and Exeter. Connect with the St Ives Bay line at St Erth to travel to Penzance. gwr.com

What provision is there for people who are disabled and those with mobility issues?

People with special needs will have easy access to the route. St Anthonys Garden Car Park, Battery Rd, will be available for disabled parking from 4th – 5th September. Reasonable attempts will be made for those with access needs, and areas allocated to give wheelchair users an unobstructed view of the race as it passes by.

Will there be any toilets provided for spectators along the route?

Existing facilities and restroom schemes will be open as per normal. There are no plans to further extend these facilities alongside the route, however additional facilities will be available at the start and finish locations.

What happens if it rains?

The rain should not affect the race. However spectators are advised to check the weather on the day and dress accordingly.

Where can I find more information?

Information about the Tour of Britain event is available from: