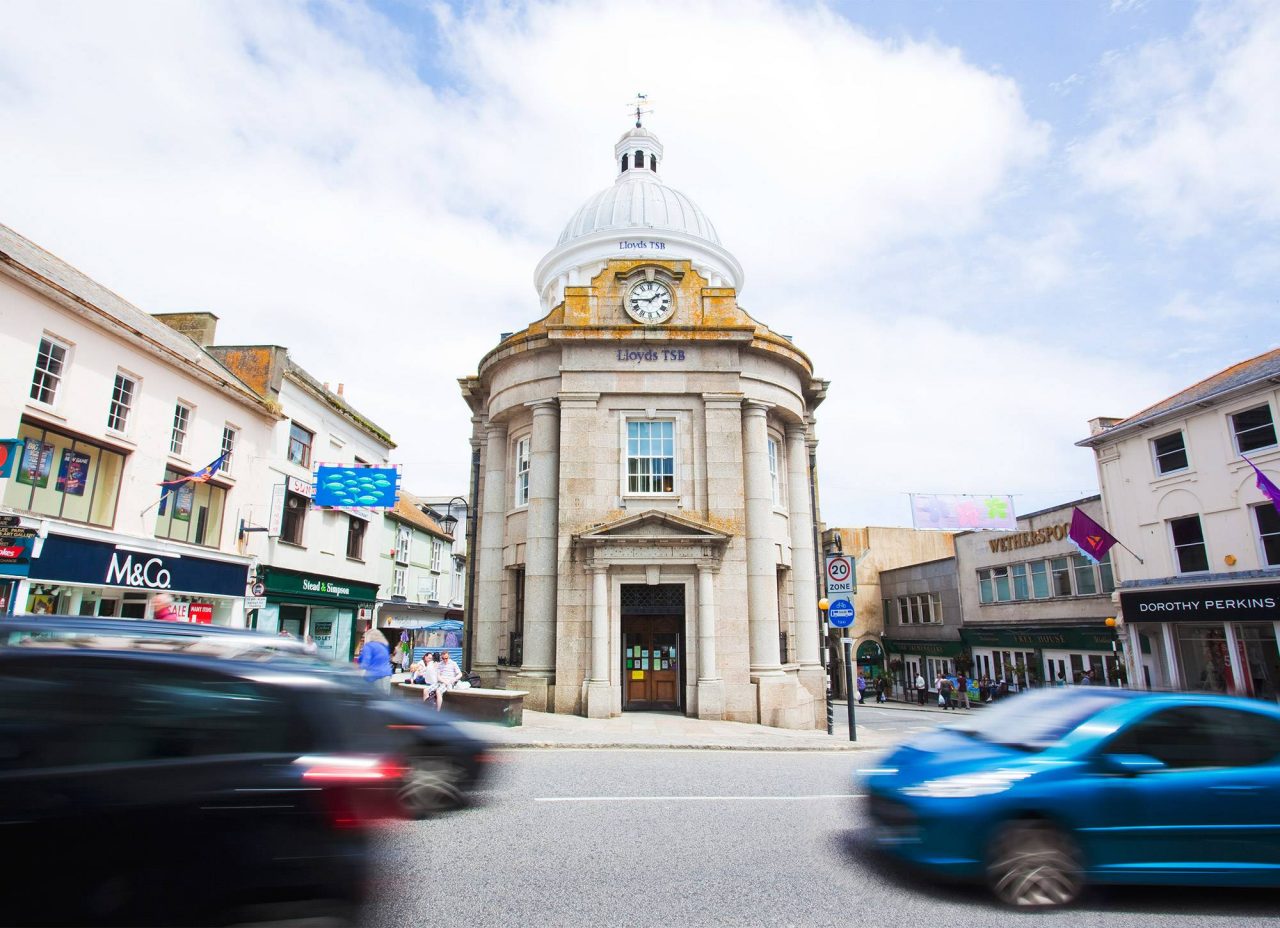 Deep in the southwest, Penzance is remarkably easy to find. Just follow the motorway towards Exeter until you reach the A30. Stay on this road all the way to Penzance, which is clearly signposted as you get closer. If you’re travelling from North Devon, you can take the alternative scenic route along the A39 Atlantic Highway until you reach the A30 at Chiverton Cross.

Penzance may be at the end of the line, but it’s a journey travellers have loved for generations. Hop on the train, settle back with a drink, and watch the changing countryside and coastline from your window.

Fly from destinations across the UK to Cornwall Airport Newquay. Regular services run from London Gatwick and Manchester, with extra summer routes including Edinburgh, Birmingham, Leeds Bradford and Liverpool. From the airport, it’s just under an hour to Penzance by taxi or hire car.

National Express and Megabus run coaches from major locations in the UK to Penzance. Visit their websites to plan your journey and find the lowest fares.

Arrive by boat in Penzance or nearby Newlyn, just along the coast. Penzance Harbour has an inner drying area and a wet basin available during high water (for more information, call the Harbour Office on 01736 366113). The port of Newlyn, best known for its fishing trade, also offers berths for visiting yachts and leisure craft (call 01736 362523).

The travel industry is facing unprecedented pressure. The Foreign, Commonwealth and Development Office (FCDO) regularly updates its advice about travelling. Some countries are now exempt from the advisory notice on non-essential international travel.

GoCompare has put together a guide to Travel insurance and Coronavirus to give you the latest information we have about the Coronavirus outbreak and what cover you’ll need for any future trips you have planned.

It’s really important to know what you’re covered for. Each insurer will have different levels of cover and features.