With centuries of stories waiting within its castle walls, St Michael’s Mount in Marazion is every child’s dream playground. If you’re planning a family visit, take a look at our practical guide to the island – complete with tips on things to and essential information about facilities. 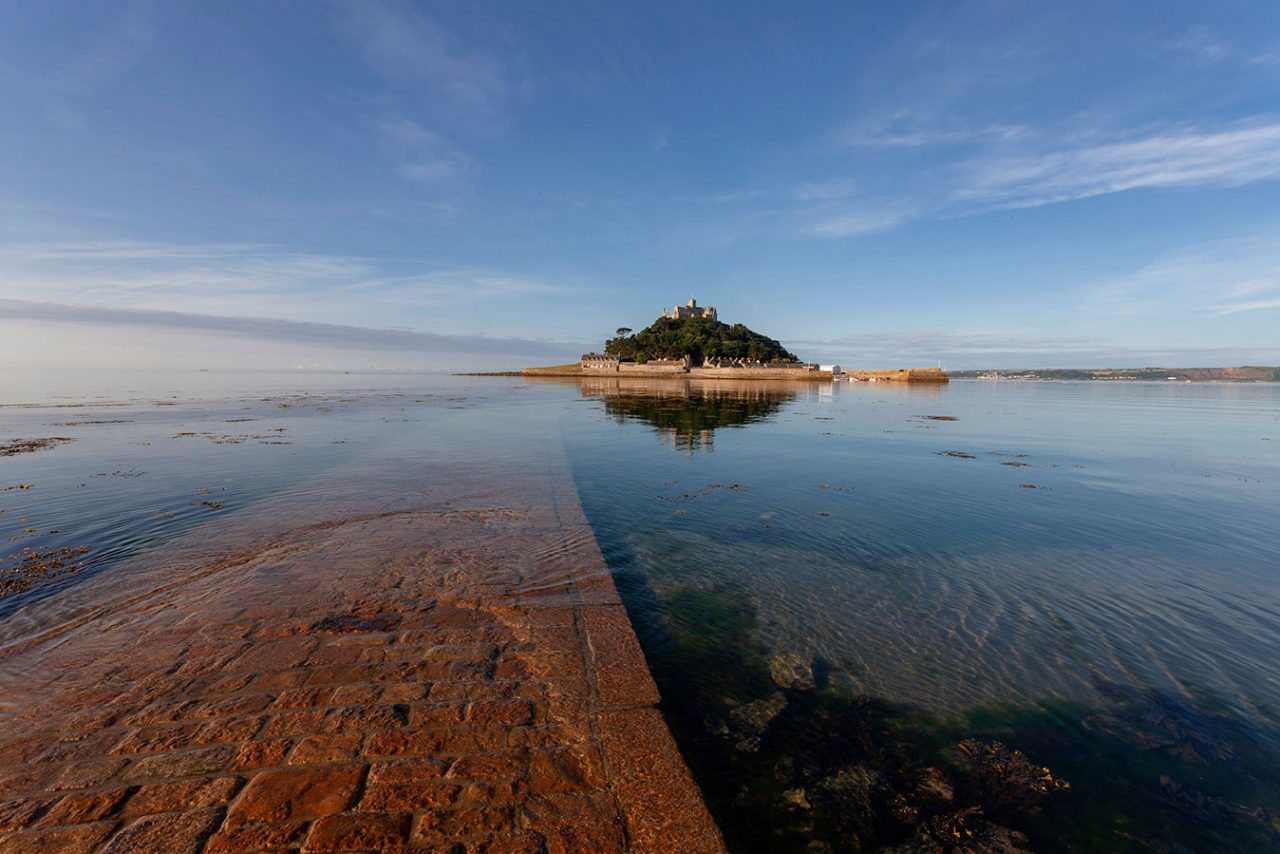 Uncover the story of Penzance by walking its official trail, taking in the towns history and some of its most interesting landmarks.

As you walk around Penzance, you may notice small slate markers engraved with numbers on streets and buildings. Taken in turn, these form a whistle-stop tour of the town’s heritage (not to mention its top beauty spots.) 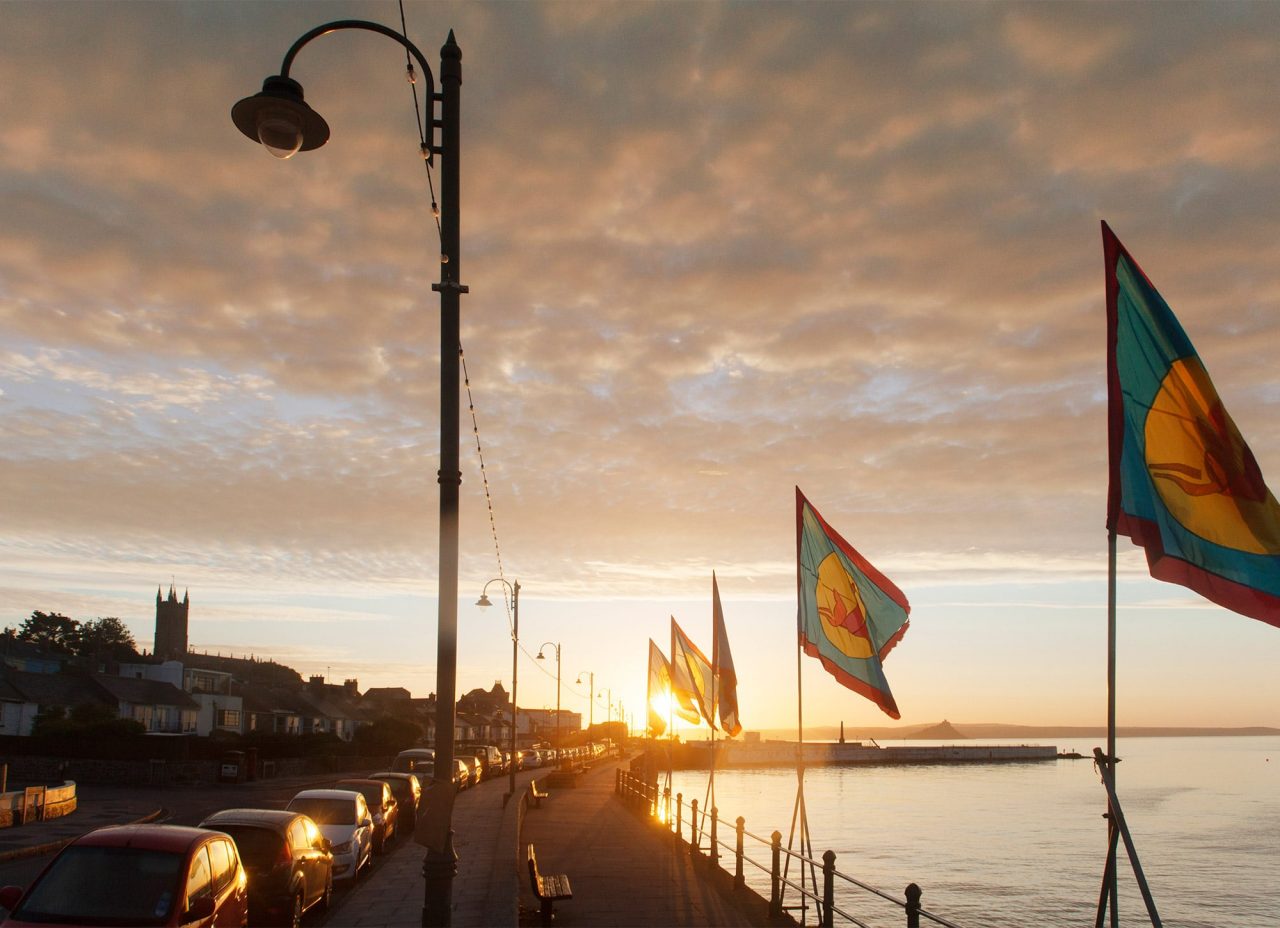 The iconic Penzance promenade stretches the seafront between The Jubilee Pool and Newlyn and is an idyllic place to stroll, roller skate, jog or just sit and people watch. Dating back to the 1800’s the Promenade gives breath taking views of Mounts Bay and Newlyn, day or night there is something magical about.

There are occasions when it rains in Cornwall and Irish painter Norman Garstin captured such a day in his painting “The Rain it Raineth Every Day” which was to become an iconic painting of Penzance in 1889 – capturing the grandeur, splendour and light of the Victorian Promenade, come rain or shine. That very same painting now resides in Penlee Gallery a few 100 metres from its Promenade inspiration. 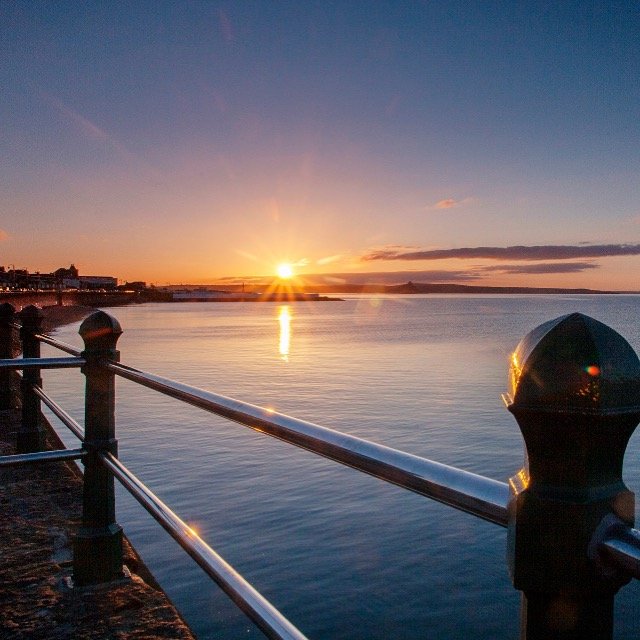 Opened in 1935 to celebrate the silver jubilee of George V, the Jubilee Pool is an Art Deco masterpiece. Built on a historic bathing spot of the Battery Rocks, it provided safe and sheltered alternative to diving off the rocks and straight into the sea.

Penlee House is a fine Victorian building constructed in 1865 for the Branwell family. The park surrounding it was opened as a Second World War memorial garden, while the house became a museum.

Today, museum exhibits sit alongside an impressive art collection with works by members of the famous Newlyn School. One of the gallery’s most famous paintings is “The Rain it Raineth Every Day” by Norman Garstin, which depicts waves and rain whipping across walkers on Penzance Promenade

A great place to grab a cup of team and slice of cake at the Orangery Cafe, Penlee House. 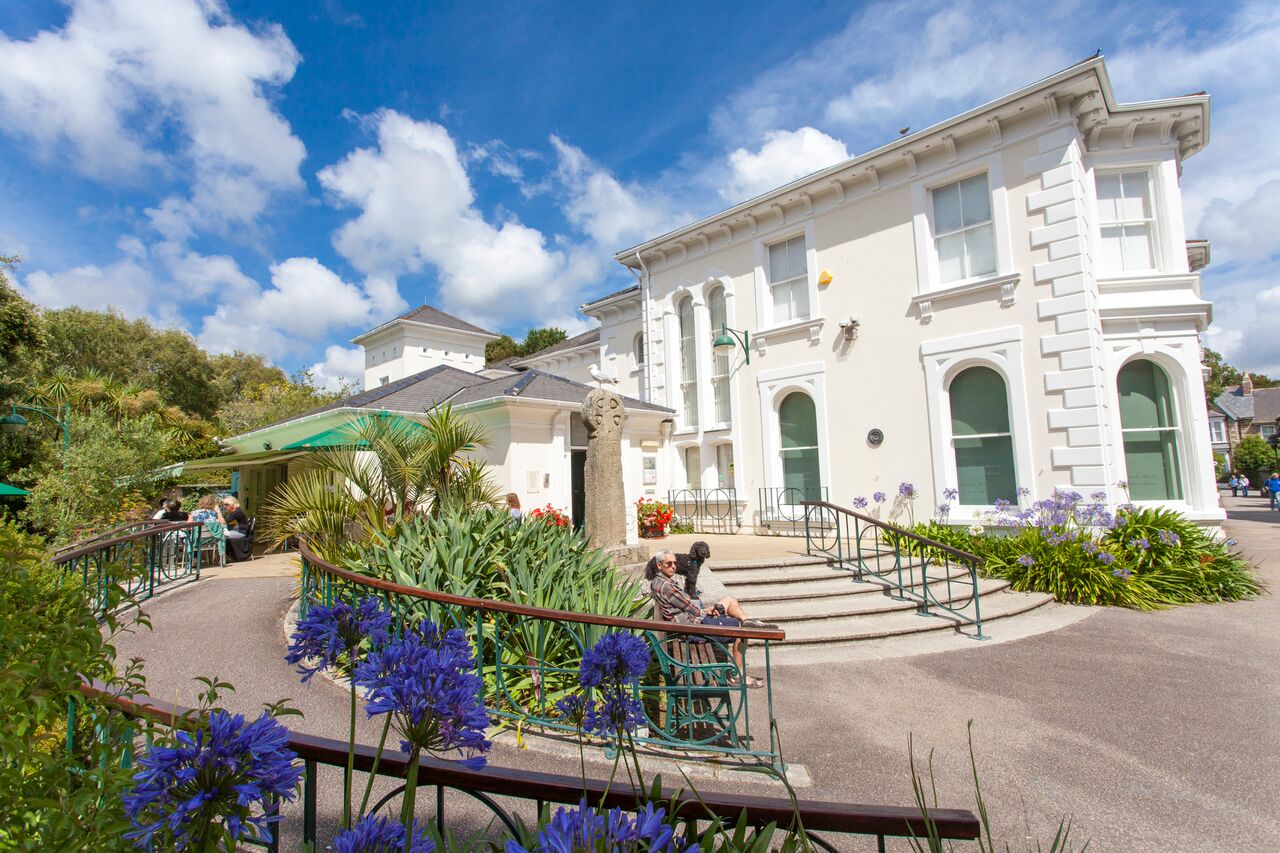 In brief: Originally created with exotic plants gifted by local estates, the Morrab Gardens date back to the 1880s. Tucked away in the heart of town, they combine shady walkways with bright open spaces.

In brief: Surrounding the Penlee House Gallery and Museum, Penlee Park contains species from all over the world. Once owned by the Branwell family, it was purchased by the town in 1946 as a living memorial to locals lost during the Second World War.

Don’t miss: The tranquil Memorial Garden is in bloom nearly all year and contains a small chapel for quiet moments. During summer, the park runs a packed outdoor theatre programme. 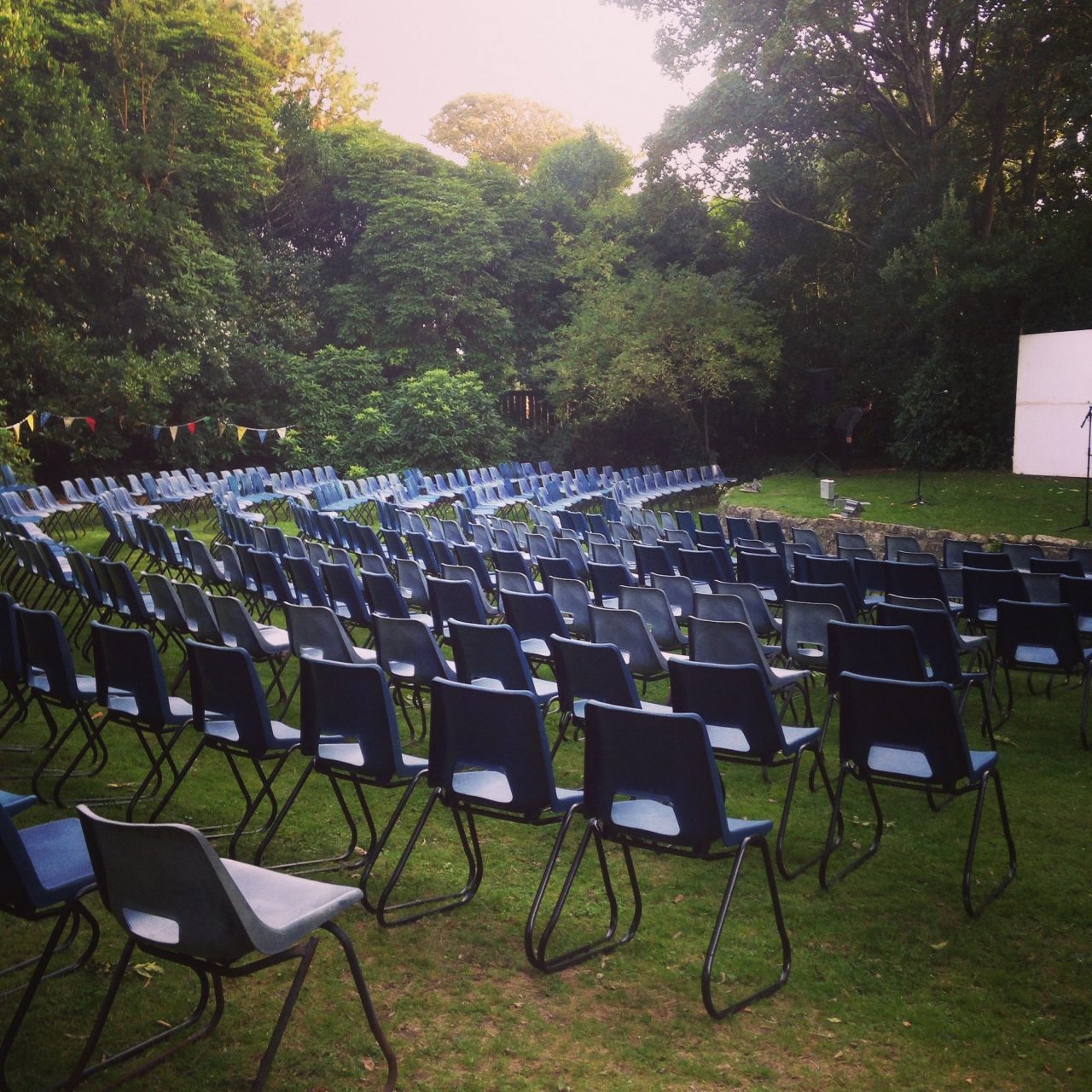 The Exchange is a major contemporary art space in the centre of Penzance that opened in 2007 in conjunction with renovations to Newlyn Art Gallery. Together the galleries present contemporary work in all media by regional, national and international artists, with a supporting programme of events. Formerly the town’s telephone exchange, the huge space retains the industrial feel of the building and features a large t-shaped gallery and a striking glass facade that runs the entire length of the building. The Exchange is located off historic Chapel Street, within easy walking distance of the bus and train stations. There is a well-stocked book and gift shop plus a cafe serving snacks and light lunches. 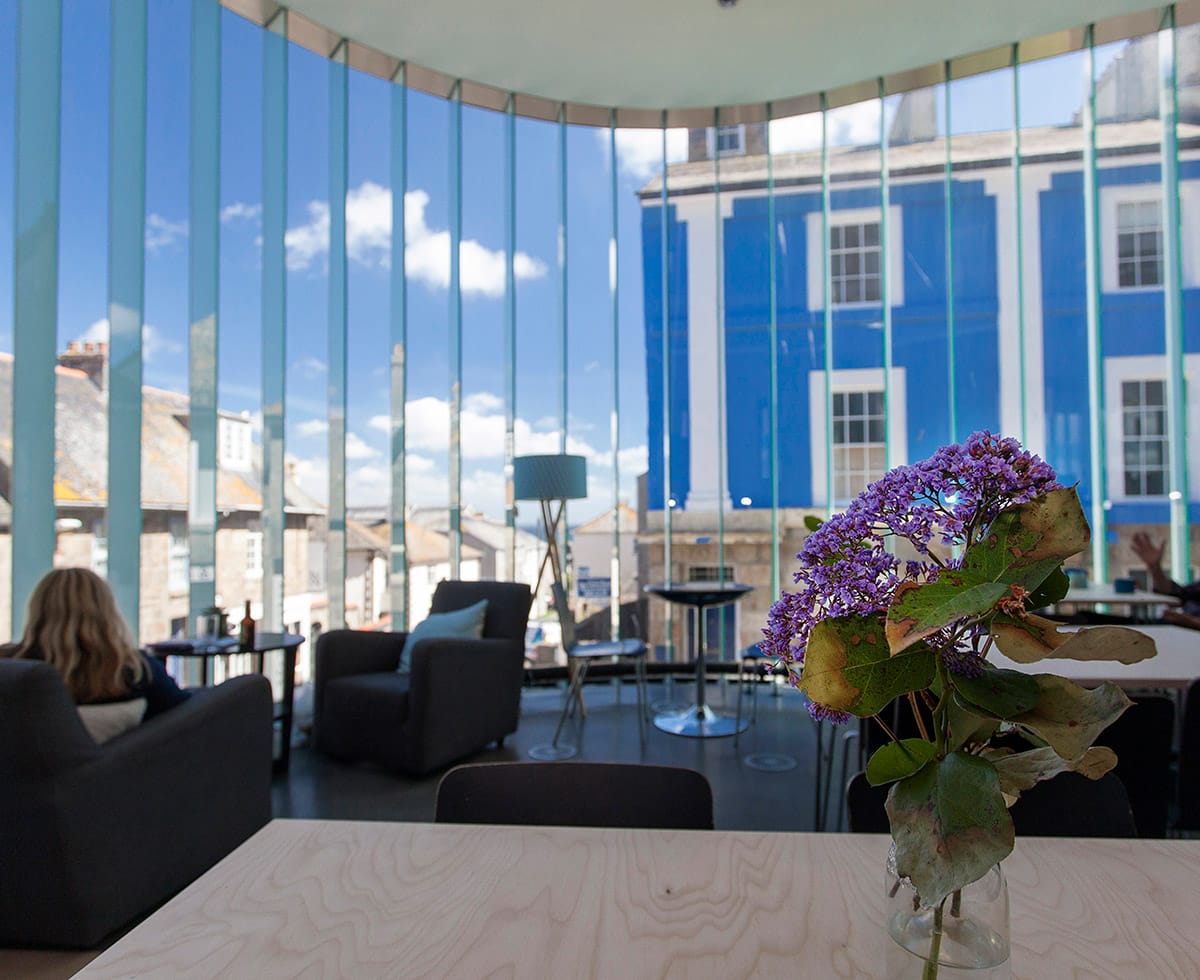 In brief: Still owned by the Bolitho family, Trewidden spans 15 acres of informal paths, champion trees and walled gardens. As you wander, you’ll find traces of its ancient mining history, including an old surface working transformed into a tree fern dell.

Don’t miss: Essentially a maze of paths, Trewidden is best discovered by freely wandering. Highlights include the pond garden (with its whale tail sculpture) and the surprise police phone box near the north walk. 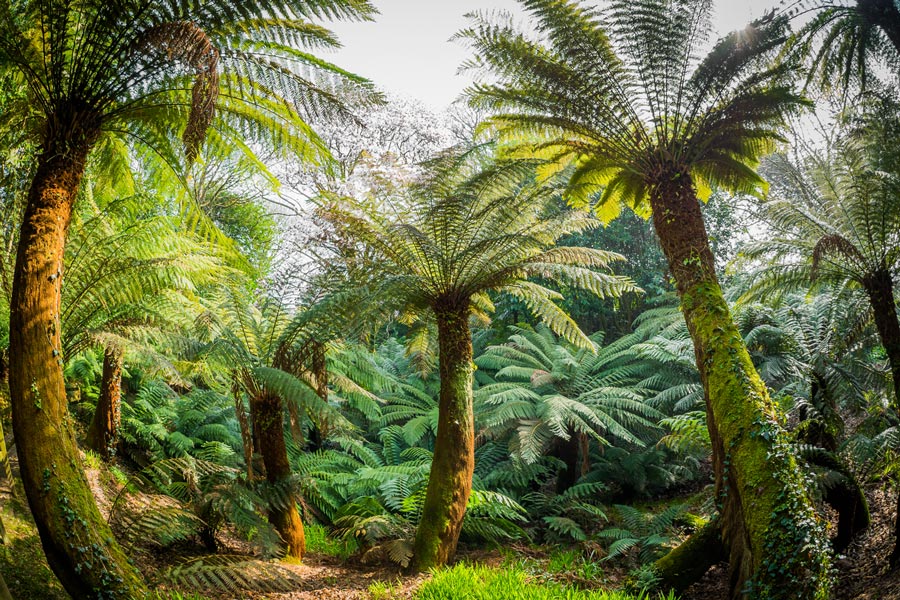 Extending up from the Quay is one of the oldest parts of Penzance – dating back to the mid 18th century, Chapel Street is rich in history and a place where you can find the most eclectic mix of buildings and retail outlets.

No.25 was once the home of Maria Branwell – she was the mother of Charlotte, Anne, Emily and Branwell Bronte,

The Turks Head, one of the oldest pubs in the town dating back to 1820 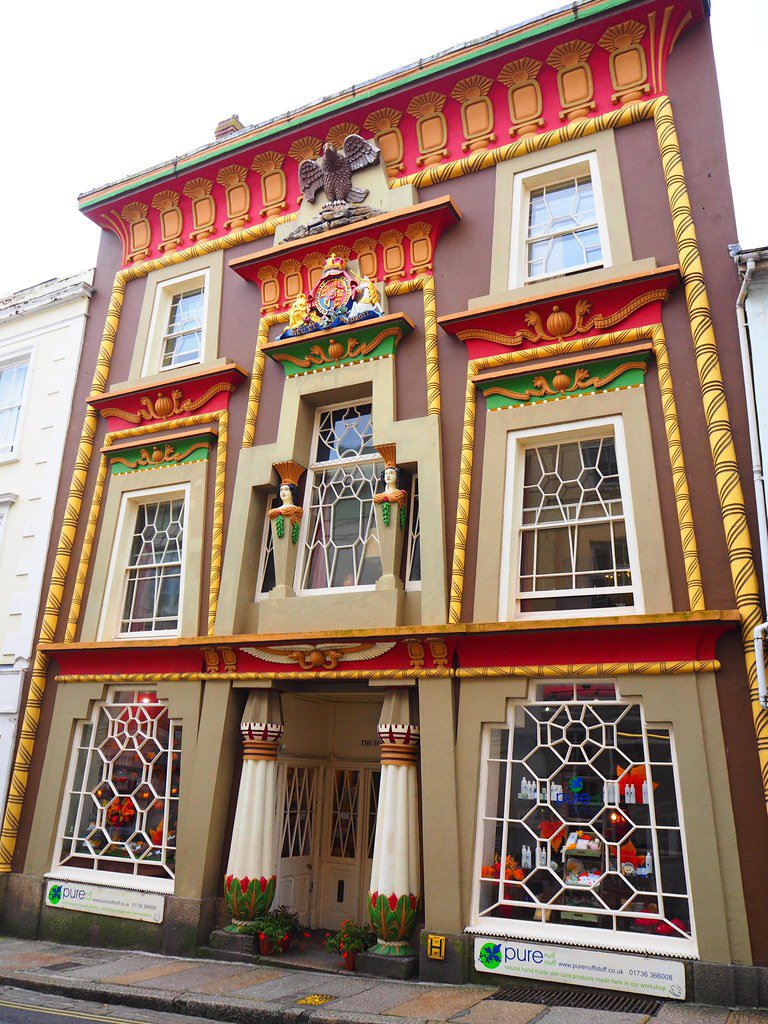 Starting at the Penzance rail station, this easy, virtually level surfaced walk is ideal for walkers, joggers, cyclists and suitable for wheelchair users and pushchairs

It’s a bracing walk with stunning views across St. Michael’s Bay to St. Michaels Mount, The Lizard in the distance and Mousehole. Great for dogs too as you will pass a few dog friendly beaches and opportunities to grab a coffee or something stronger at cafes and pubs on the way.

Its one of the ‘must do’ walks – bracing sea air and breath-taking sea views, taking you to the beautiful village of Marazion with restaurants, bar and art & craft retail to take in before your return to Penzance. 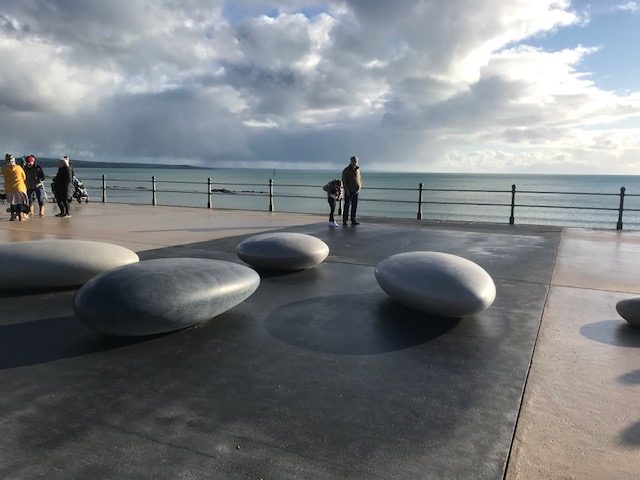