Work to begin on improvements to Western Promenade and Alexandra Road 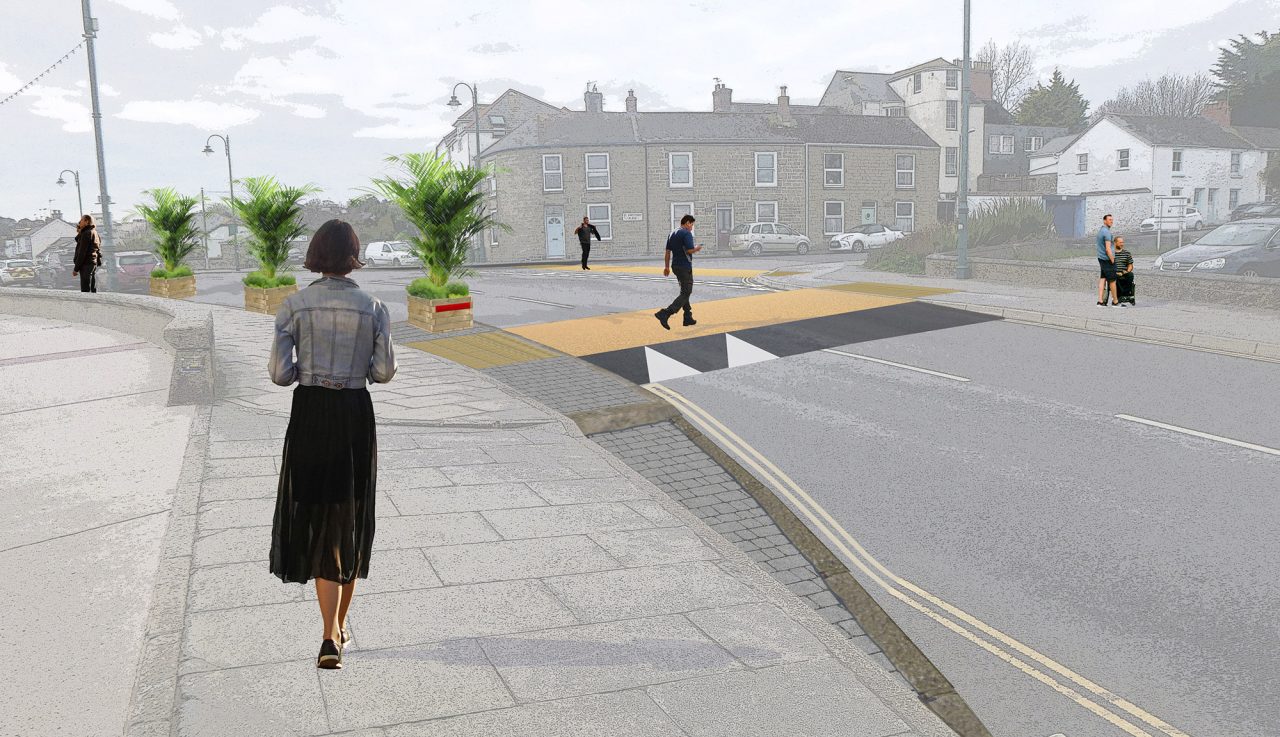 Work to begin on improvements to Western Promenade and Alexandra Road

Great news for local residents and businesses in Penzance – work begins this month on delivering the improvements to Western Promenade Road and Alexandra Road.

When work started on designing this phase of the Healthy Streets scheme, local people said they wanted to see reduced traffic speeds across the town, with safer streets for pedestrians and cyclists.

Following consultation on the initial proposals, the final plans included new 20 mph signs, additional crossing points to the Prom and on Alexandra Road, and changes to road signs to reduce the amount of through traffic going through the town.

“Most of the people I’ve spoken to about this phase of works have been supportive, subject to the number of lost car park spaces being limited” said Cornwall Councillor Jim Mckenna, the divisional member for Penzance Promenade. “The new designs achieve this and I’m confident that when they are implemented they will make access, particularly to the Promenade, easier for everyone. Vehicular traffic from Newlyn will still be able to access Western Promenade road.”

Jon Mathews, from the Penzance District Tourism Association, added “Having reviewed the original proposals during the public consultation for the Promenade and Alexandra Road it is great to see the feedback we provided taken into account”

“Our concerns around locations of crossing points and reduction in parking spaces were taken seriously and the final designs show a plan which will really put safety at the forefront to the benefit of the local community and visitors alike”.

100 new 20 mph signs were erected across the town centre and residential areas up to Alexandra Road last year and work will begin later this month on providing four new uncontrolled pedestrian crossings on Western Promenade Road and on adjacent side roads.
The new crossings will have tactile paving to support visually impaired people and there will also be five new disabled parking spaces at the western end of the road in front of the arcade. Planters are being installed to narrow the road and reduce traffic speed to make it safer and more pleasant for pedestrians.

Works to provide a further three new uncontrolled pedestrian crossings on Alexandra Road and modify signs to direct more traffic to the town centre car parks and encourage through traffic to use the A30 rather than driving though the town will take place after Easter.

New speed monitoring and signs on New Road in Newlyn to reduce the speed of traffic travelling towards the village will also be carried out after Easter.

These improvements reflect the recent changes to the highway code that prioritise pedestrians who are the most vulnerable and zero carbon road users. All pictures shown are for illustration purpose only