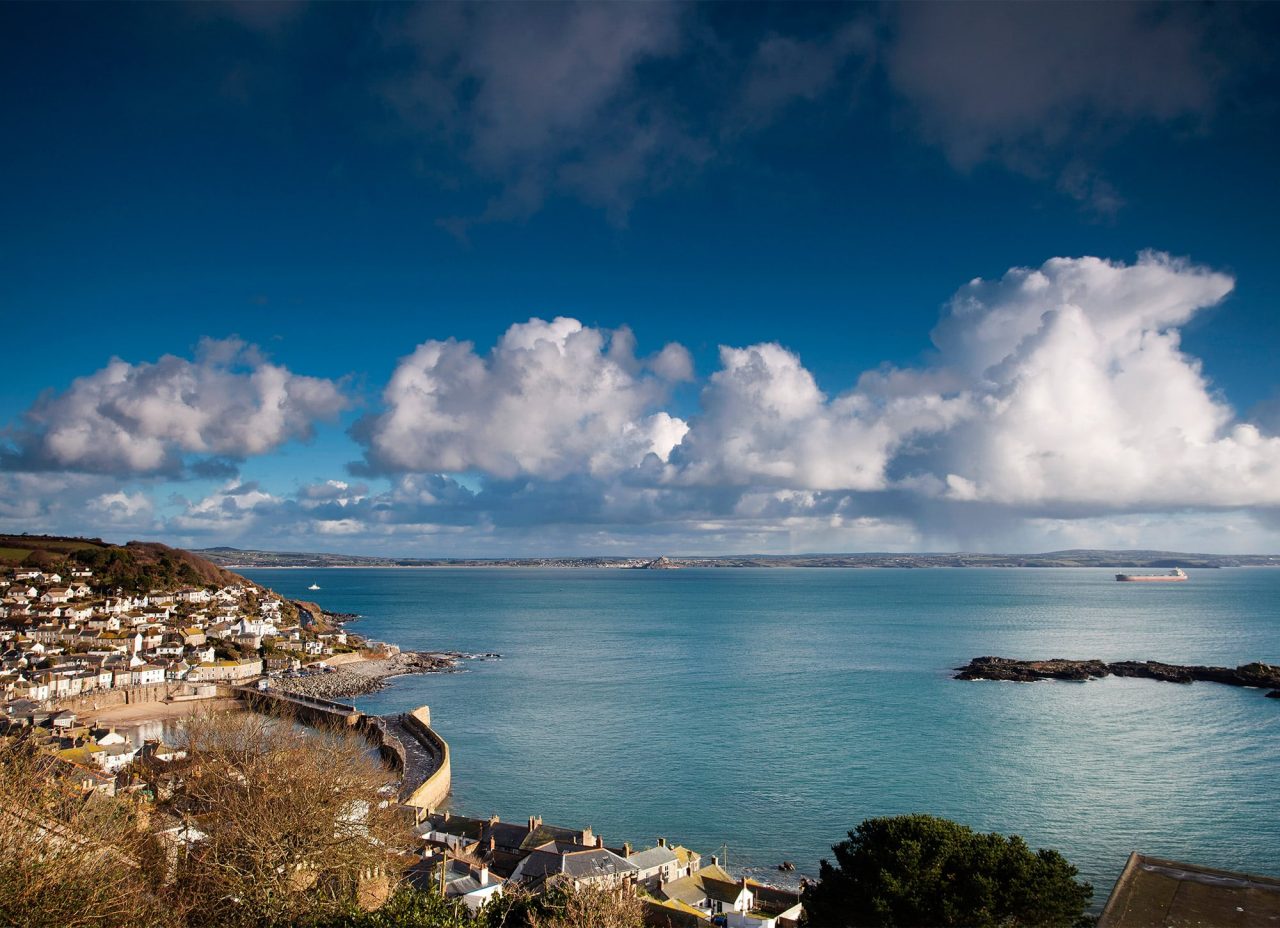 As Penzance gears up for its annual literary festival, we take a look at some of the town’s most famous and fascinating connections with the world of books.

Birth of the Brontës

Maria Branwell, mother of Charlotte, Anne and Emily Brontë, was born in Penzance in 1783. Her father Thomas was a successful merchant, with many properties in the town, and several of her male ancestors served as mayor here. While visiting Yorkshire in 1812, Maria met and married Patrick Brontë, settling there to begin their family.

You’ll find reminders of the Branwells around Penzance: most obviously in names like Branwell Lane and Branwell House. Their elegant red brick town house is on Chapel Street, marked by a small plaque. Past generations, including Maria’s parents, now lie in the churchyard just a few doors down the street.

Long before it hit the screen, the story of Florence Carter-Wood (first wife of artist Sir Alfred Munnings) was dramatised on the page by Jonathan Smith. Originally published in 1995, Summer in February unpicks the love triangle between Carter-Wood, Munnings and land agent Gilbert Evans.

Set mainly in the nearby area of Lamorna (around 20 minutes away), Summer in February also pays a visit to the Penzance roller skating rink, which once stood on the promenade. Though the group had good times, their story ended tragically: after committing suicide in 1914, Florence Carter-Wood was buried in the churchyard at nearby Sancreed.

As a mark of respect to the story’s setting, a VIP premiere of the 2013 film adaptation was held at the Savoy Cinema in Penzance, attended by several of its stars and producers, as well as the book’s writer Jonathan Smith.

The scientist Sir Humphry Davy is a local legend, known all over the UK as the inventor of the miner’s safety lamp. But Davy was also a talented poet: throughout his life, he produced many works. Some people even credit the natural beauty of the Penzance area as his early inspiration.

Sharing a passion for science and literature, Davy befriended some of the leading Romantic poets of his day, including William Wordsworth (whose work he proof-read), Samuel Taylor Coleridge and Robert Southey. Sadly, Davy’s poems never gained the fame of his friends, and have now fallen out of print.

Though a respected London journalist and former MI5 officer, Derek Tangye is best known as the author of the so-called ‘Minack Chronicles’. After spending his childhood years in Newquay, he pursued a career among fashionable circles in the city.

Returning to Cornwall with his wife Jeannie in the 1950s, Tangye began a series of 19 autobiographical works based on the Lamorna area. Published between 1961 and 1996, his books appealed to readers dreaming of a simpler and more rural life.

Today, the archive of notes, papers and scrapbooks that once belonged to Derek and Jeannie Tangye is held at the Morrab Library in Penzance. If you’d like to take a look, just get in touch with the library on 01736 364474 to make an appointment.

It’s no real surprise that a location so enduringly popular can count the rich and famous among its tourists. In the summer of 1860, the poet Alfred, Lord Tennyson holidayed in Penzance before sailing across to the Isles of Scilly with artists William Holman Hunt and Thomas Woolner and fellow writer Francis Turner Palgrave.

Tennyson spent much of his time in Cornwall walking, writing to his wife Emily that he’d covered ten miles a day for ten days. Just before sailing from Penzance to Scilly, he wrote that ‘The weather is splendid and the sea as calm as any lake shut in on all sides by hills.’ Today, you can recreate his journey by climbing aboard the passenger ferry for a day trip from Penzance Harbour.

Learn more about the rich cultural history of Penzance: join us at the Penzance Literary Festival from 6-9 July.