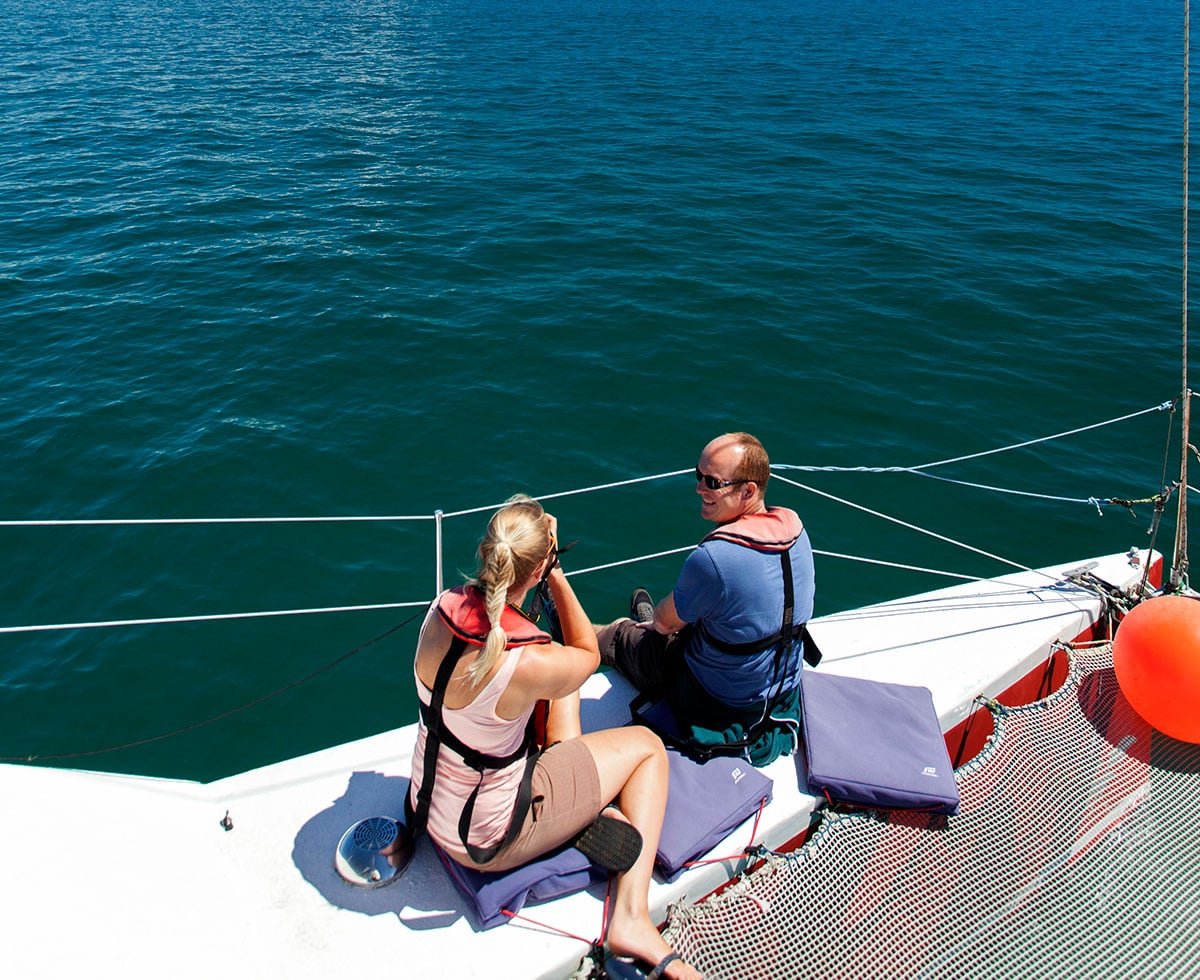 With miles of coastline, a vast bay and a mild climate, Penzance is home to many rare and beautiful species of wildlife. We’ve found ten you won’t want to miss.

Though impressive to look at (they’re the second largest living fish after the whale shark), basking sharks are peaceful creatures that feed on plankton. You might see them in warmer weather around Mount’s Bay, which features the highest numbers by far in Cornwall.

Loved by many, dolphins are often seen in the waters around Penzance during summer. They tend to travel in ‘pods’, with species sighted including common, bottlenose and Risso’s. Passengers on wildlife-spotting tours report dolphins coming close the boat to feed, socialise and do some human-spotting in return.

The world’s largest living turtle, the leatherback feeds on jellyfish and is usually found in the warm waters of the Central Pacific. In the last decade or so, they’ve also been spotted around the coast of Cornwall. In 2016, a turtle measuring 6ft in length was rescued after becoming tangled in a buoy between Penzance and Land’s End.

This protected species can sometimes be found in lakes and rivers around west Cornwall. In 2015, the Boscathnoe Reservoir – a fishing site in Heamoor – had to be closed when a large colony of otters moved in. They’ve also been logged near the seafront in Mousehole, and at Marazion.

Often seen from exposed headlands or boats, minke whales measure around 7-10 metres when fully grown. Although there’s some mystery around their behaviour, it’s thought they choose tropical seas in the winter for breeding, before travelling north to colder waters (such as those around Penzance) in the summer to feed.

Though rare in most parts of the UK, the little egret has made its home around the coast of west Cornwall. This small white heron eats fish and tends to be more commonly sighted during autumn. You could see them on Marazion Marsh, which is easily reached via the coastal path or by bus.

Also known as the shore clingfish, the Cornish sucker fish hides under stones and uses its ‘sucker’ to attach to them. Small and flat in appearance, it has two distinctive blue spots at the top of its back, behind the eyes. You’re most likely to find them beneath rocks at low water, making them a classic rockpool find.

This small shorebird breeds around cold areas such as Canada and Greenland, heading south to the UK during winter. They’re happy on a rocky coastline, where they forage for food. Often seen around the harbour and on the Battery Rocks (near Jubilee Pool), they have dark grey and white feathers and yellow legs and beaks.

Fairly common in west Cornwall, grey seals can found in our waters and secluded coves throughout the year. To see them for yourself, try a marine wildlife trip from Penzance or head out to Porthcurno (they’re often spotted in the sea from the Minack Theatre).

The harbour porpoise is the smallest species of cetacean found in European waters, measuring up to around 1.5m. They’re fairly common around Mount’s Bay and usually travel in pairs or groups of three, although far larger pods have also been seen locally.