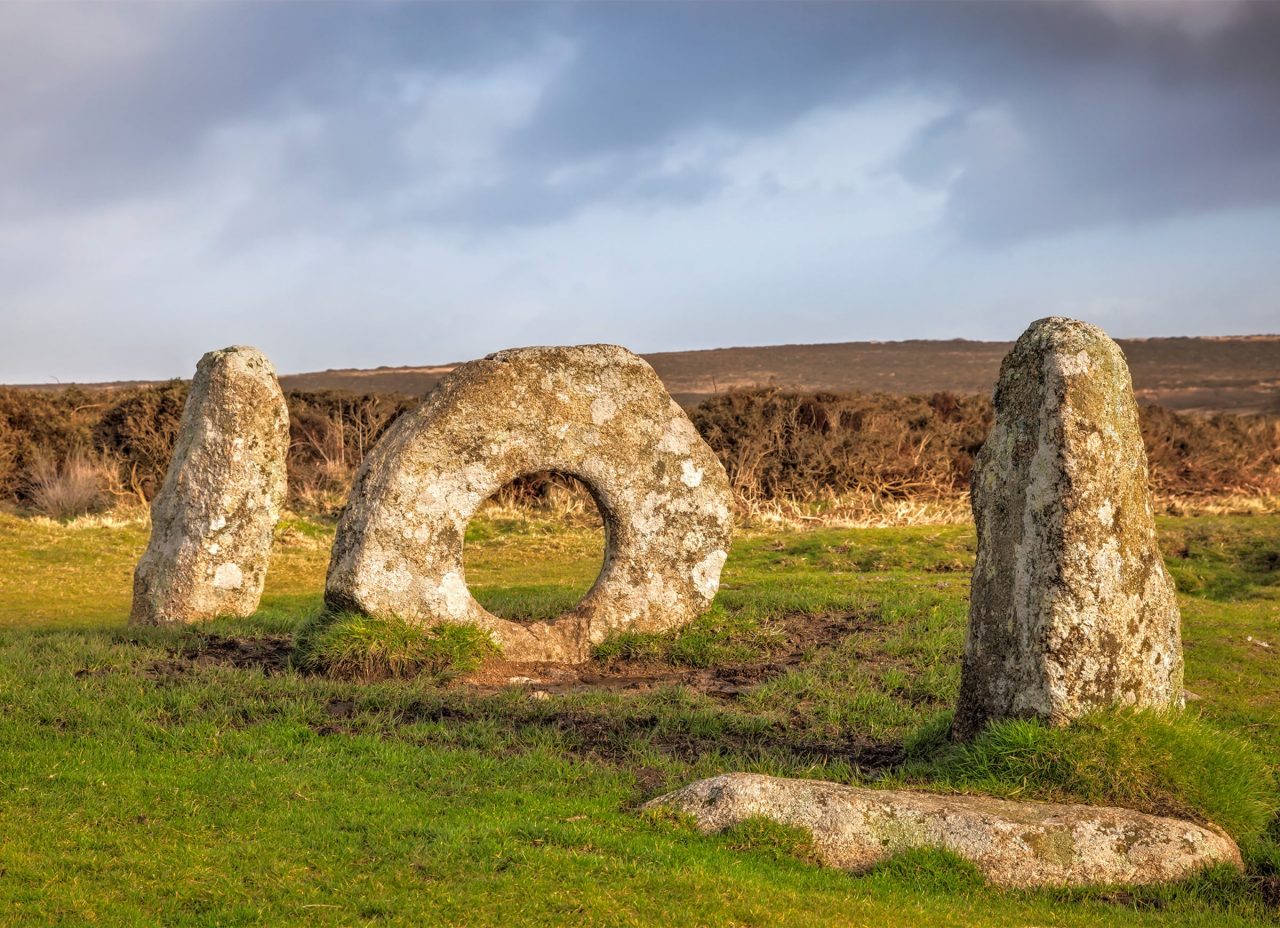 Although Penzance only became a town in the 1600s, people have lived in the Penwith area for thousands of years. Around Penzance, you’ll find many ancient sites of burial, worship and settlement.

Most are in fairly remote locations, reached via winding roads, making them easiest to visit by bike or car.

This remarkably well-preserved settlement actually dates back 2,000 years to the Iron Age. Now cared for by English Heritage, Chysauster once housed local farmers, who grew crops and kept livestock in the surrounding area. The village still includes a main street, the remains of houses and an ancient fogou or underground passage. There’s also a wild meadow, seating area and small shop.

Getting there: Head out of Penzance from the train station, taking the B3311 (the road to the left before the roundabout) until you pick up the brown signs for Chysauster. For satellite navigation, the postcode is TR20 8XA.

Once thought to sit on top of buried treasure (a myth that has been disproved), Lanyon Quoit was actually designed as an ancient burial chamber or mausoleum. The stones were first erected in the Neolithic period (3500-2500BC), although their formation would have been slightly different – in 1815, they collapsed and were later repositioned lower to the ground, with a broken stone missing.

Getting there: At the Madron/Heamoor roundabout, take the B3312 for Madron and stay on it until you see the quoit on your right. There is no designated parking, so you’ll need to find a pulling-in point along the road.

Mên-an-Tol is distinctive for its holed central stone; its Cornish name actually meaning ‘the hole stone’ or ‘stone with a hole’.  It’s thought to date to the Neolithic or Bronze Age period, and may have been part of a stone circle or cairn. Traditionally, passing through the central stone in a certain way was said to cure children of rickets and make women more fertile.

Getting there: Follow the directions to Lanyon Quoit (above), continuing on past the quoit until you reach a rough parking area on the right. Walk up the track for around 10-15 minutes until you reach the site.

Named Mên Scryfa, ‘stone with writing’, this standing stone bears the name of an early Cornish king or leader. Its Roman capitals read Rialobrani Cunovali fili, translating as ‘Rialobranus son of Cunovalus’ and were probably placed there between around 6-8AD, though the stone itself may be prehistoric. We don’t know much about Rialobran, but he was clearly a man of some importance at a time when Cornwall had its own royalty.

Getting there: From Mên-an-Tol (above), continue up the same rough path for around five minutes – Mên Scryfa will be on the left.

Occupied from the Iron Age to the late Roman period, Carn Euny contains the remains of ancient stone houses. Although people were building here from around 50BC, the ruins you see today are from larger houses constructed between 2AD and 4AD. In the 1840s, local miners discovered an underground passage (or fogou), which is now clearly visible.

Getting there: From Penzance, drive on the A30 towards Land’s End until you reach a crossroads, taking the right turn (opposite the Methodist church). From here, follow the brown signs to Carn Euny. For satellite navigation, the postcode is TR20 8RB.

Want to know more about local history? Take a look at the Penzance Timeline.