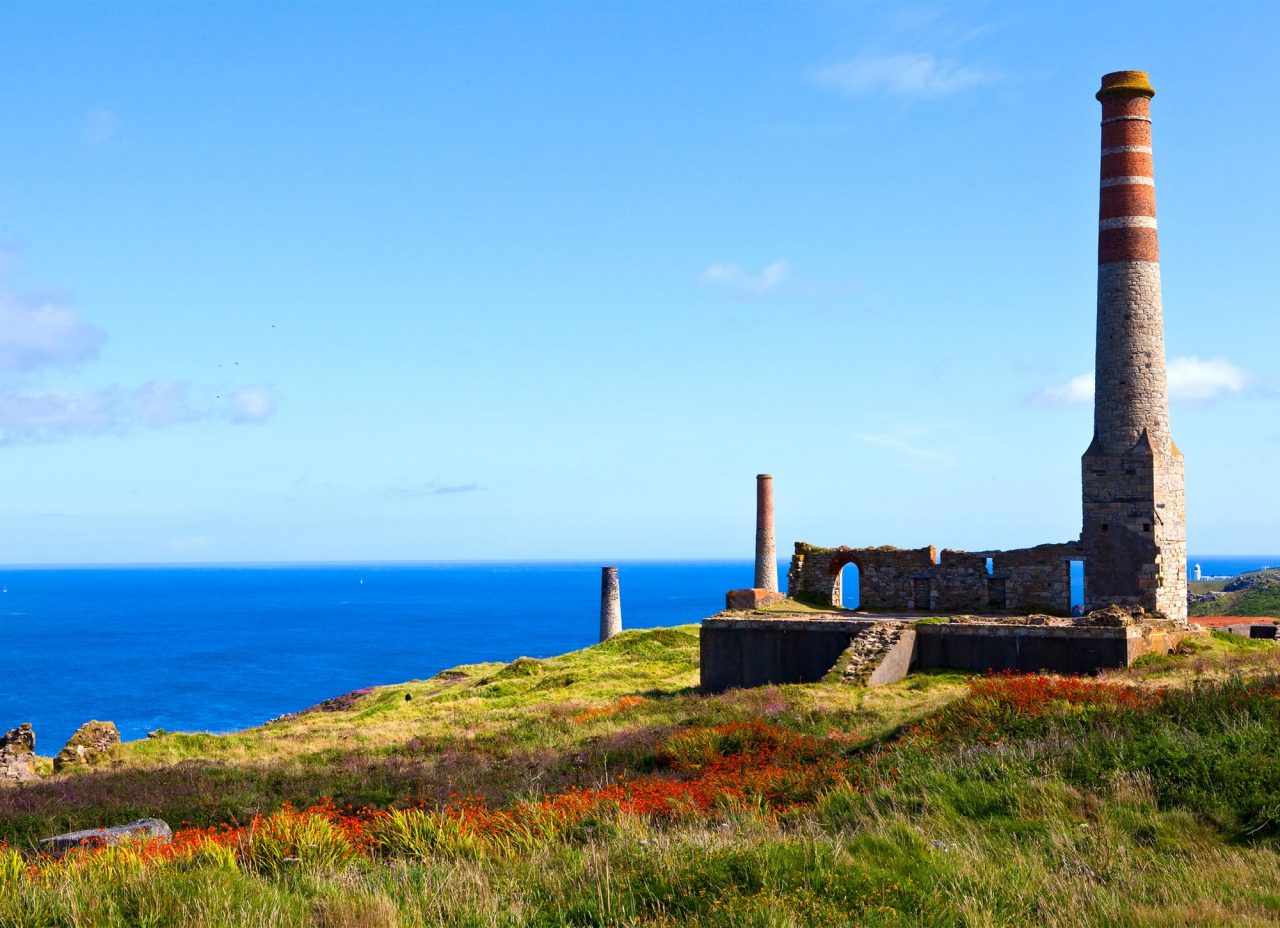 Visit the dramatic coastline of the western Land’s End peninsula. From Penzance, it’s around 20 minutes by car to the World Heritage Site landscape of Pendeen and Botallack. Here you can see historic workings and learn more about Cornwall’s mining past, within a celebrated Area of Outstanding Natural Beauty.

Once you reach Pendeen, you’ll find that well-marked coastal paths link most of the mining sites. Do stick to these paths – with so many mine shafts and old workings in one place, it’s best not to stray too far.

How do I get there?

By car, head out of Penzance on the A30 towards Pendeen (around eight miles away). To go by bus, take the number 10 from Penzance station. You can also cycle the longer scenic route from Penzance, passing through Morvah.

Where do I start?

If you only have a few hours to spend on the Tin Coast, you’ll probably want to visit Geevor Tin Mine and Levant Mine and Beam Engine. Both are former working mines that have been opened to visitors, found hugging the coastline at Pendeen. On certain days, you can see Levant’s steam engine in action, while Geevor offers underground tours in the old workings.

Start out at Geevor, which is easily found on the main road through Pendeen – just look for the evocative seven-foot statue of a miner guarding its entrance. The mine was worked in the 18th century and into the 1990s, when it finally closed. Today you can venture underground with a guide, while ‘up top’ there’s a mining museum, hands-on activities and former miners’ dry (changing room).

To get to Levant, you can travel the short distance down the road, or follow the coast path – just walk down towards the sea and turn left when you see the footpath.

Levant was used as a real-life set for the BAFTA-award-winning Poldark, being transformed into Tressiders Rolling Mill. If you turn left (with the sea in front of you) at the mine car park, you can walk along the coast to nearby Wheal Owles at Botallack, which featured in the series as Wheal Leisure.

If you’ve got time, continue exploring the landscape on foot. From Botallack, you can head down the cliffs to the Crowns – two engine houses perilously perched above the water – or continue walking along the coast path signed for Cape Cornwall until you reach the Kenidjack Valley. This is lesser known but particularly impressive, with a rich scattering of old mine buildings.

Where can I eat?

Geevor has its own café, with sea views offered up from massive windows. You’ll find a vending machine with drinks at Levant (there’s no tea room), or walk back up to the main street and stop at the Trewellard Arms. In Botallack, the Queens Arms caters especially for walkers with its gourmet ‘coast path platters’.