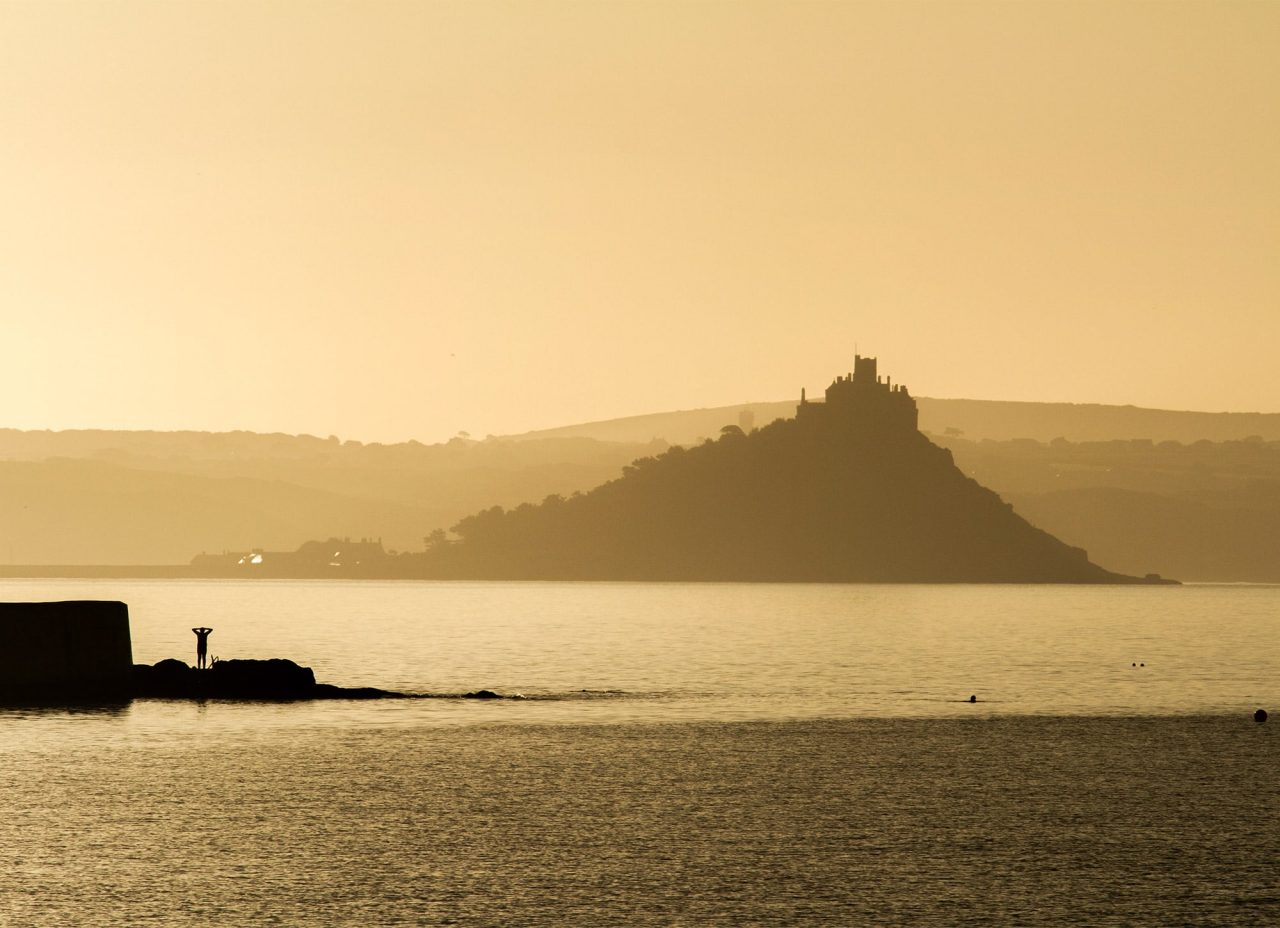 Marazion is one of Cornwall’s most popular destinations, famous as the home of St Michael’s Mount. It’s just 6.5 miles from Penzance and well connected by both road and coastal path.

How do I get there?

It’s very easy to get from Penzance to Marazion. Walk or cycle along the coast path from Penzance station, or catch a 2 or 17B bus. If you’re driving, follow the A30 and A394 – it’s well signposted and should take under 15 minutes to get there.

Where do I start?

If you’re short on time, you’ll probably want to focus on getting to St Michael’s Mount. This most iconic of Cornish landmarks is a must-see for many and stands just off the mainland at Marazion Beach. From March, the castle, shops and cafes are open from Sunday to Friday, but do check opening times on the website. You can reach the island on foot during low tide, when the sea retreats to reveal a cobbled causeway. As the water rises, boats ferry passengers across to the ancient harbour.

Once you land on the Mount, bob in and out of the island shops or climb up to the castle and medieval church. If you’re visiting with children, there’s plenty to capture their imaginations – including a hidden giant’s heart and a castle quiz. Inside the castle, walk around rooms dating from the 12th century to the Victorian age.

If you’ve got time to stroll, spend it exploring the streets and shops of Marazion. The town is small but packed with character and things to do – there’s a museum, art galleries and lots of gift shops. And of course, Marazion Beach is just a few steps away.

Want to stretch your legs? Walk along to the neighbouring village of Perranuthnoe. To get there, head up through the main street of Marazion and past the Mount Haven Hotel until you see a coast path sign pointing to the right. Take this lane down towards the sea and pick up the footpath, passing through the old mining area of Trenow. The path will bring you out at the Perranuthnoe car park, where you can turn right for the beach or left for the church and pub.

Where can I eat?

In Marazion, choose from the many cafes, pubs and take away stops, depending on your mood. On St Michael’s Mount, stop at the Sail Loft for local, seasonal dishes, or at the Island Cafe for lighter bites. If you go as far as Perranuthnoe, you’ll find The Cabin Beach Cafe, the Peppercorn Cafe and the Victoria Inn.